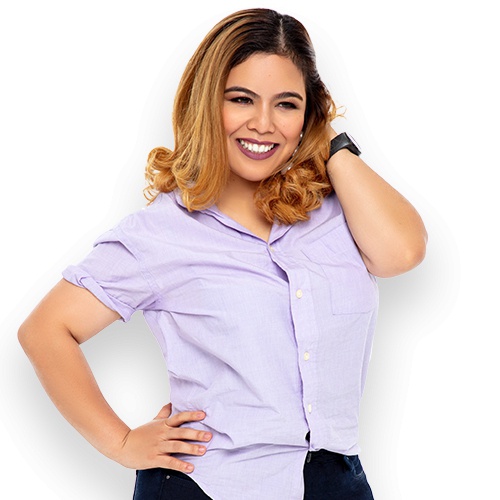 “Ah, so you’re the girl behind that laugh!” is what you’d often hear people say when they first realize they’re speaking with Maria Maldita. Her somewhat husky and infectious laugh is so memorable, not to mention incredibly loud, you’d know it was her once you hear it from the other end of the room.

With her nickname, Maldita (adj. for someone bratty and naughty) coupled with her being a frequent flyer and at times borderline shopaholic, you’d probably imagine Maria as a girl straight out of the movie “Mean Girls,” which is quite the opposite of reality. She’s actually very friendly, down to earth and sometimes the complete opposite of posh- you decide what that means.

Often teased for her deep voice and “killer thighs”, you’ll definitely have lots of laughs with the mother of two, foodie, traveler, shopaholic and animal loving Maria Maldita, every weekday from 4PM - 9PM on Tag Pack Up Na”