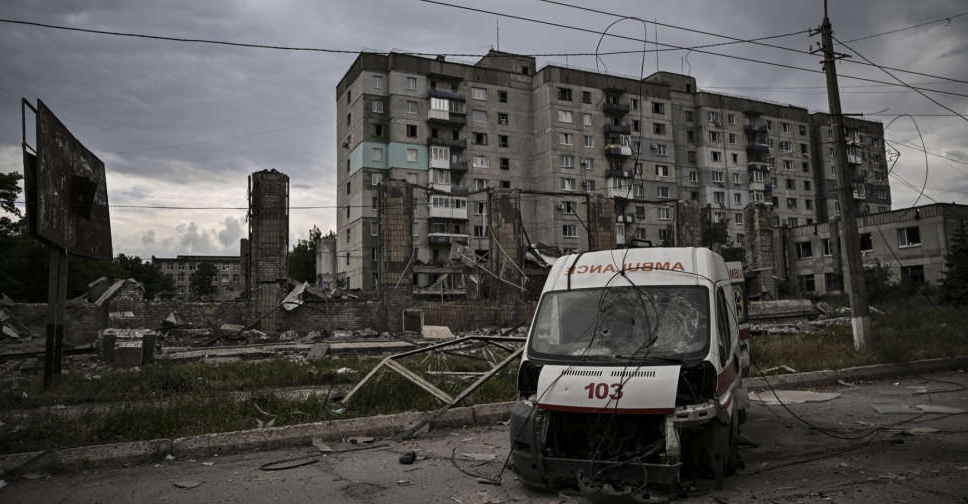 Russian forces were fighting on Monday to capture Lysychansk, the last major city still held by Ukrainian troops in eastern Luhansk province, after Moscow-backed separatists said they were advancing on multiple fronts.

In a victory for Kremlin's campaign, Lysychansk's twin city of Sievierodonetsk, the scene of some of the bloodiest fighting, fell to pro-Russian forces on Saturday. Russian missiles also struck Kyiv for the first time in weeks on Sunday, attacks condemned by US President Joe Biden as "barbarism".

Reuters could not confirm the report.

The General Staff of Ukraine's Armed Forces said Russian forces were using artillery to try to cut off Lysychansk from the south but made no mention of separatists entering the city.

Russian assault aircraft struck near Lysychansk, the general staff added in its update on Monday.

The RIA agency quoted a separatist official as saying they had evacuated more than 250 people, including children, on Sunday from Sievierodonetsk's Azot chemical plant.

The industrial area was the last part of Sievierodonetsk held by Ukrainian forces before they withdrew.

"They are trying to limit the transfer of our reserves and Western weapons to the east," he told Reuters.

Odesa regional administration spokesperson Serhiy Bratchuk said a missile strike in the Odesa region, in southern Ukraine, had destroyed residential buildings and caused a fire. Six people were injured including a child, he added.

Reuters was not able to immediately confirm details of the report. Russia denies targeting civilians.

"Partners need to move faster if they are really partners, not observers. Delays with the weapons transfers to our state, any restrictions - this is actually an invitation for Russia to hit again and again," he added.

The United States is likely to announce this week the purchase of an advanced medium to long range surface-to-air missile defence system for Ukraine, a source familiar with the matter told Reuters.

Biden called the Sunday Kyiv strikes acts of "barbarism", as leaders from the Group of Seven nations met for a summit in Germany.

Britain, Canada, Japan and the United States proposed a ban on gold imports from Russia to tighten the squeeze on Moscow and cut off its means of financing the invasion during the G7 Summit.

Sweeping sanctions have effectively cut Russia out of the global financial system and rendered its assets untouchable to many investors.

It edged closer to default on Sunday amid little sign that investors holding its international bonds had received payment, heralding what would be its first default in decades.

Some Taiwanese holders of Russian Eurobonds have not received interest due on May 27 after a grace period expired on Sunday evening, two sources said.

Russia invaded Ukraine on February 24 in what the Kremlin called a "special military operation" to rid the country of far-right nationalists and ensure Russian security.

Kyiv and the West dismiss that as a baseless pretext for a war of choice that has killed thousands, sent millions fleeing Ukraine, destroyed cities and driven up food and energy prices.