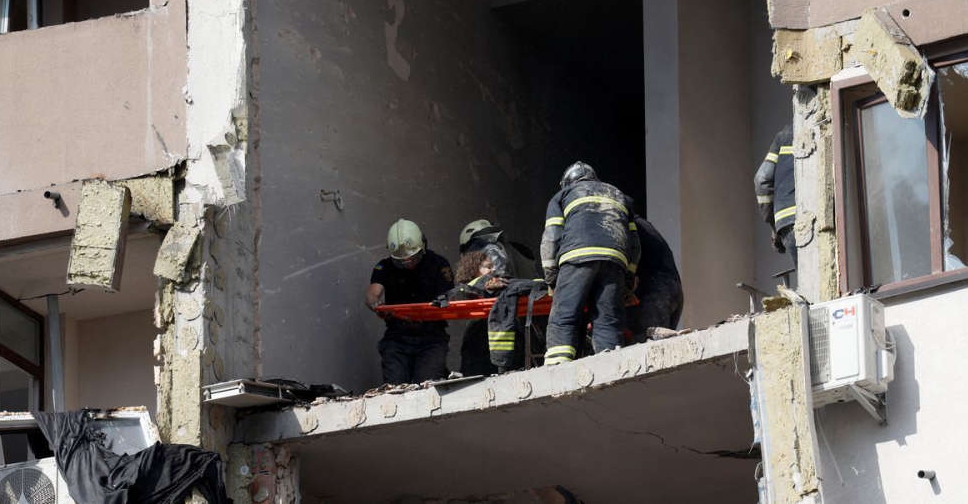 Russia shelled the Ukrainian capital Kyiv on Sunday, as world leaders gathered in Europe to discuss further sanctions against Moscow.

Indonesia on Sunday called for both sides to negotiate a peace to ensure global food supplies and Britain on Saturday said it believed Ukraine could win, but feared it may be pressured into a "bad" peace deal.

"There are people under the rubble," Klitschko said. He added that several people had already been hospitalised.

"They (the rescuers) have pulled out a seven-year-old girl. She is alive. Now they're trying to rescue her mother."

Life had been returning to normal in Kyiv after fierce resistance held off Russian advances in the early phase of the war, although air raid sirens regularly sound across the city.

There had been no major strikes on Kyiv since June and before that April.

Russia denies targeting civilians, but Ukraine and the West accuse Russian forces of war crimes in a conflict that has killed thousands, sent millions fleeing the Ukraine and destroyed cities.