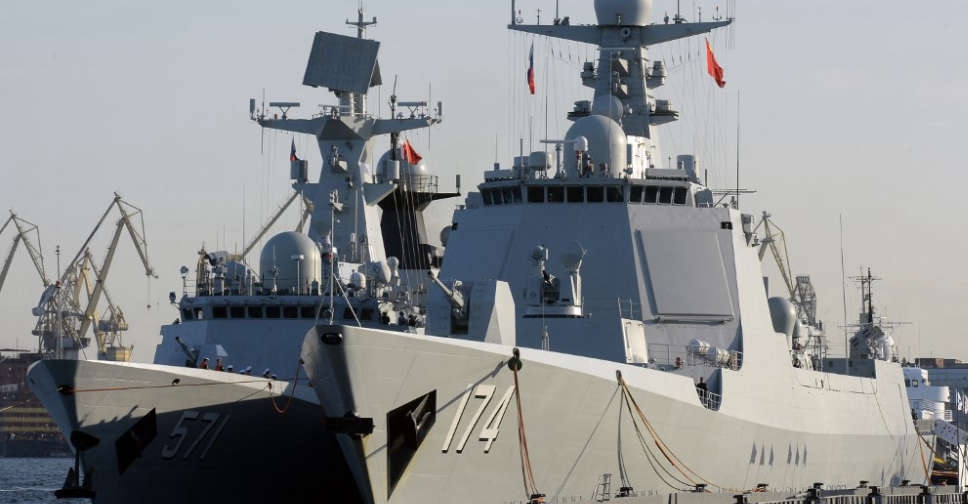 Russia and China held joint naval drills in the Sea of Japan on Friday.

They practised how to operate together and destroy floating enemy mines with artillery fire, the Russian defence ministry said in a statement.

The war games are part of naval cooperation drills between the two countries which run from October 14 to 17, and involve warships and support vessels from Russia's Pacific Fleet, including mine-sweepers and a submarine.

Moscow and Beijing have cultivated closer military and diplomatic ties in recent years at a time when their relations with the West have soured.

Two Chinese destroyers, a submarine and two corvettes were among the vessels Beijing had sent to take part in the drills, the Russian defence ministry said, saying they had dropped anchor in the Russian far east the previous day.