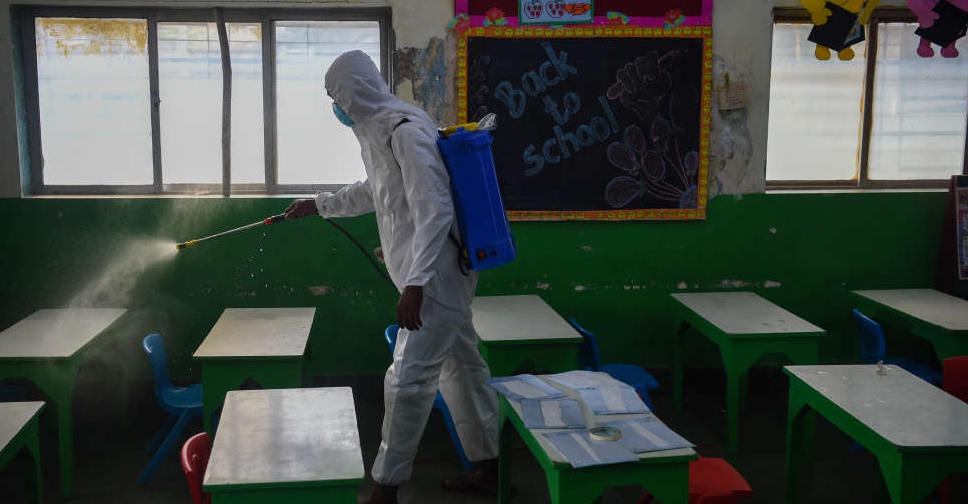 India's COVID-19 infections, led by the Omicron variant, may see a sharp rise in the coming weeks, some top experts said, noting that the variant was already in community transmission and hospitals were seeing more patients despite a decline in cases in major cities.

India reported 306,064 new infections over the last 24 hours, the health ministry said, about an 8 per cent decline from the average daily cases reported in the last four days. Deaths were 439, the lowest in five days.

But weekly positivity rates have risen to 17.03 per cent in the week to January 24, from about 0.63 per cent December 27, led by the highly-transmissible Omicron variant.

"Omicron is now in community transmission in India and has become dominant in multiple metros," a report by the Indian SARS-CoV-2 Genomics Consortium (INSACOG) said on January 10 in a report released on Sunday.

Most cases of the Omicron variant have been mild, the advisory group said, although hospitalisations and cases in intensive care were increasing.

In last two weeks major cities such as the capital, Delhi, and financial hub Mumbai in the wealthiest state of Maharashtra, have been reporting big falls in cases after hitting peaks.

That might change, said Dr. Subhash Salunke, a member of the state-run Indian Council of Medical Research and the national taskforce on COVID, as the variant is spreading to semi-urban and rural areas. The state expects to see multiple peaks in the next eight to 10 weeks, said Salunke, who previously advised the Maharashtra government.

"The number of cases in cities like Mumbai and Pune are the tip of the iceberg," Salunke told Reuters, adding that the deadly Delta variant from the previous wave was also circulating.

India's tally of overall infections reached 39.54 million, the second-highest globally behind the United States. The country has seen 489,848 people die of the virus.