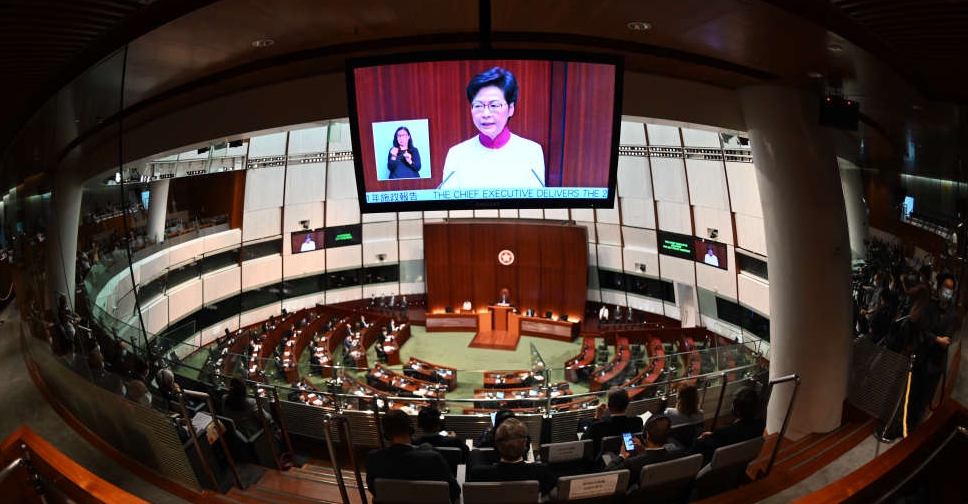 Hong Kong is at a new start for development under a national security law imposed last year, leader Carrie Lam said on Wednesday as she unveiled plans for tackling a long-standing housing shortage in the Chinese-ruled city.

Authorities in Hong Kong and Beijing have long blamed unaffordable housing in the former British colony for deep-rooted resentment that they say helped fuel anti-government protests in 2019.

At the centre of plans announced by Lam in her last policy address in this term of office is a Northern Metropolis on the border with the mainland's technology hub of Shenzhen, covering 300 square kilometres.

"Fortunately, the implementation of the National Security Law and the improvement to our electoral system have restored safety and stability in society. Hong Kong is now ready again for a new start for economic development," Lam said.

Beijing imposed the law in June last year. It punishes what authorities broadly define as secession, sedition and collusion with foreign forces with up to life in jail.

Critics say it is being used to crush freedoms promised under a "one country, two systems" formula agreed when the city returned to Chinese rule in 1997. Beijing and the city government say the law is needed to safeguard prosperity and guard against outside interference.

Lam's focus in her speech was on ensuring affordable housing for the city's 7.5 million people, with the highlight the plan for the Northern Metropolis, to be developed into an innovation and technology hub with the creation of more than 500,000 jobs and complementing the city's role as a financial centre.

"(It) will be the most important area in Hong Kong that facilitates our development integration with Shenzhen and connection with the GBA," she said, referring to what is known as the Greater Bay Area.

Lam said she was confident that Hong Kong would be able to meet a shortfall of land in the medium to long term with policies including land reclamations and the Northern Metropolis.

Lam later told a news conference about one million housing units could be added to the market in the next 20-25 years, 34% more than the current supply of 2.94 million units.

Hong Kong already plans artificial islands, estimated to cost HK$624 billion ($80.5 billion) - its most expensive infrastructure project - with up to 400,000 units across 1,700 hectares of reclaimed land.