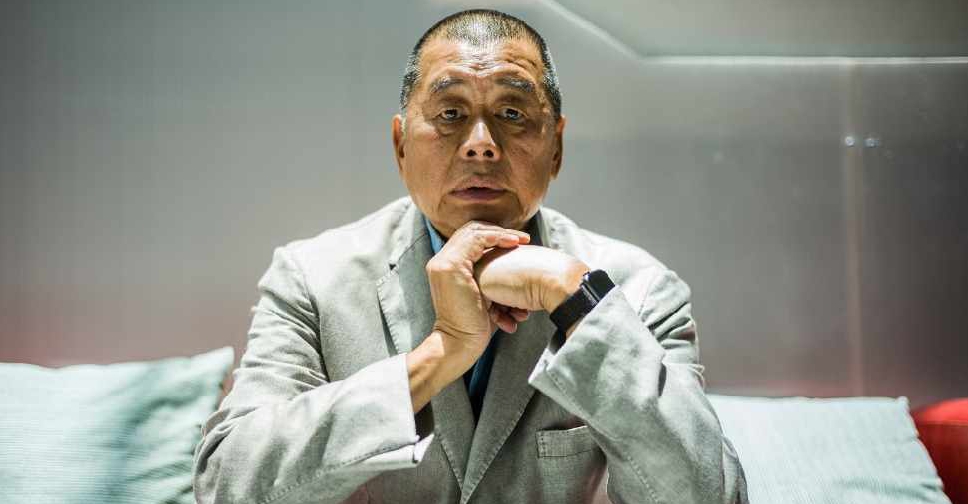 Lai, 71, was detained over suspected collusion with foreign forces as scores of police searched the offices of his Apple Daily newspaper

His arrest comes amid Beijing's crackdown against pro-democracy opposition in the city and further stokes concerns about media and other freedoms promised to the former British colony when it returned to China in 1997.

It "bears out the worst fears that Hong Kong’s National Security Law would be used to suppress critical pro-democracy opinion and restrict press freedom," said Steven Butler, the Committee to Protect Journalists' Asia programme coordinator. "Jimmy Lai should be released at once and any charges dropped.”

Ryan Law, Apple Daily's chief editor, told Reuters the paper would not intimidated by the raid.

"Business as usual," he said.

The new security law punishes anything China considers subversion, secession, terrorism and collusion with foreign forces with up to life in prison. Critics say it crushes freedoms, while supporters say it will bring stability after prolonged pro-democracy protests last year.

Lai had been a frequent visitor to Washington, where he has met senior officials, including Secretary of State Mike Pompeo, to rally support for Hong Kong democracy, prompting Beijing to label him a "traitor".

Hong Kong police said they had arrested seven men, aged 39-72, on suspicion of breaching the new security law, without naming them, adding that further arrests were possible.