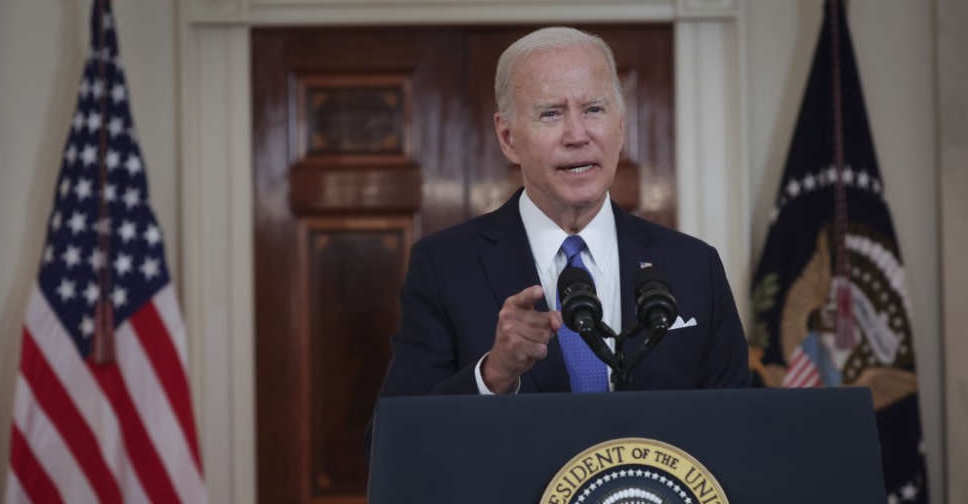 US President Joe Biden said the Supreme Court's decision to overturn the constitutional right to abortion will deny American women control of their own lives.

"It's a sad day for the court and the country," Biden said in a White House speech, calling the decision "cruel" and saying it takes America back 150 years.

The court ruling, issued just after 10:00 am ET, left the White House scrambling to react, with Biden's speech announced about an hour later.

"We were preparing for this to land next week," a White House source said.

Some White House officials had planned to take the day off or work from home, expecting no news on the issue until the following week, according to a second person familiar with the matter. Next week is likely the court's last week of the current term.

Others had focused their attention on Biden's upcoming G7 trip to Europe.

Biden slammed the "extreme ideology" of the conservative-leaning Supreme Court, which was heavily shaped by his Republican predecessor, Donald Trump, but said there were few things he could do by executive order to protect women's reproductive rights. He called on Congress to pass a law to restore abortion rights, and on voters to elect lawmakers and state leaders who would protect these rights.

Overturning the 1973 landmark Roe vs. Wade decision that protected abortion rights means "the health and life of women in this nation are now at risk," said Biden. The original ruling "reaffirmed basic principles of equality, that women have the power to control their own destiny."

Biden and other Democrats hope to use outrage over the court decision to rally voters in November's midterm elections. Democrats are at risk of losing control of both the US House of Representatives and the US Senate.

The president said his administration would defend a woman's right to cross state lines to seek an abortion and will take steps to make abortion medication widely available.

The Supreme Court's decision to overturn the almost 50-year-old ruling that recognised a woman's constitutional right to an abortion and legalised it nationwide hands a momentous victory to Republicans and religious conservatives who want to limit or ban the procedure, although a majority of Americans disagree.

"State laws banning abortion are automatically taking effect today," Biden said, calling some of them "so extreme that women could be punished for protecting their health".

After a draft version of the ruling was leaked in May, Vice President Kamala Harris, one of the most prominent abortion rights voices in the Biden administration, leaned into the topic and planned the government's response.

But when the ruling was handed down earlier than the White House expected, she was in Chicago, where she was due to talk about maternal health issues.

Over the past several weeks, the White House had been preparing its response and actions it can take in meetings with several stakeholders, including abortion rights activists, privacy and constitutional experts.

Biden was in the Oval Office when the decision was handed down, the White House source said, and revised a draft copy of a speech after conferring with officials including senior adviser Mike Donilon, chief of staff Ron Klain and counselor Steve Ricchetti.

Biden made forceful comments after a leaked draft opinion was revealed in May, but up to that point he had never said the word "abortion" aloud as president.