UAE, US, Israel to establish joint groups to focus on religion, energy, and water 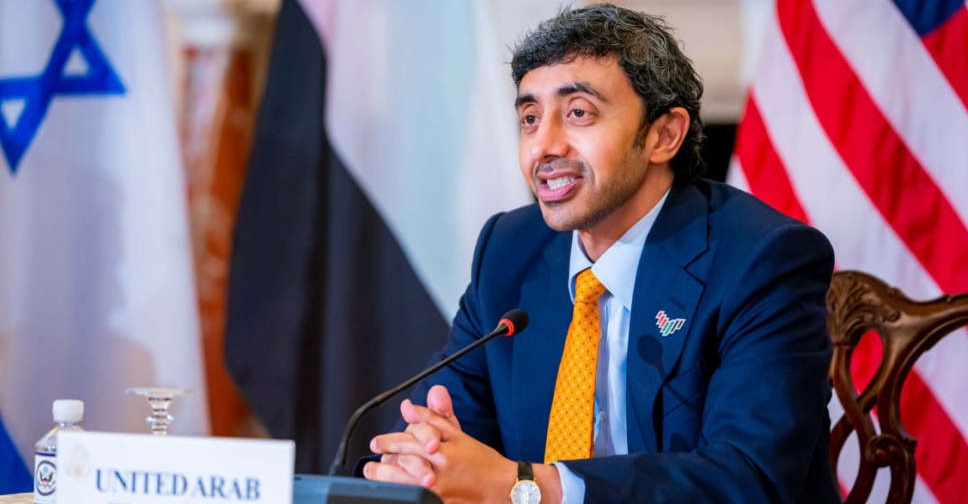 The UAE, US and Israel have agreed on establishing two new working groups that will focus on religious coexistence, and water and energy issues.

The UAE diplomat made the statements as he met the US Secretary of State Antony J. Blinken and Israeli Foreign Minister Yair Lapid in Washington DC.

The meeting covered the progress achieved one year following the signing of the Abraham Accords Peace Agreement by the UAE and Israel as well as the prospects of consolidating bilateral cooperation in several areas of common interest.

Sheikh Abdullah said the three-way meeting reflects the US’s commitment to building bridges of cooperation between two nations that are “committed to achieving advancement and development.”

“Our presence here today reaffirms our commitment to the necessity of changing the prevailing conditions in the region in the right direction,” Sheikh Abdullah noted.

“We have succeeded in establishing a nation that respects values and recognises tolerance and co-existence,” he said, stressing that the Abraham Accords Peace Agreement is a catalyst for establishing peace in the region.

He added that he would soon visit Israel at the invitation of the Israeli Foreign Minister. “We need to not only celebrate this bilateral relationship, but also to look forward to wider prospects of cooperation between the two nations.”

He added that there could be no talk of peace in the Middle East if Israel and the Palestinians were not “on talking terms”.

“We’re happy to see over the past weeks' Israeli officials meet with their Palestinian counterparts. We have to continue encouraging them to do so. We believe that the UAE-Israeli relations have enabled us to be frank with each other and helped us to encourage others whenever there is something we can do.”

“We’re impressed with the growing relationship with Israel. We always rely on our friends in the United States of America. This is an important thing for us. And we need to look forward to wider prospects of cooperation between the UAE and Israel in several fields.”

Sheikh Abdullah said that the UAE is always discussing the conditions in Yemen.

“We should recall that it’s the lack of commitment on the part of Houthis that drew us to the situation in Yemen. We’re working hard and diligently with our friends to put an end to the Yemeni crisis and to ensure Yemenis will enjoy a better life.”

He emphasised that the UAE will never accept a Hezbollah-style entity on the borders of the sisterly Kingdom of Saudi Arabia. “The Houthis have managed to increasingly reinforce their presence in a manner similar to that of Hezbollah. We certainly want to put an end to this dispute and to work with the international community on a plan to ensure the reconstruction of Yemen. Neither do we want to see in Yemen a situation similar to that in South Lebanon,” he continued. 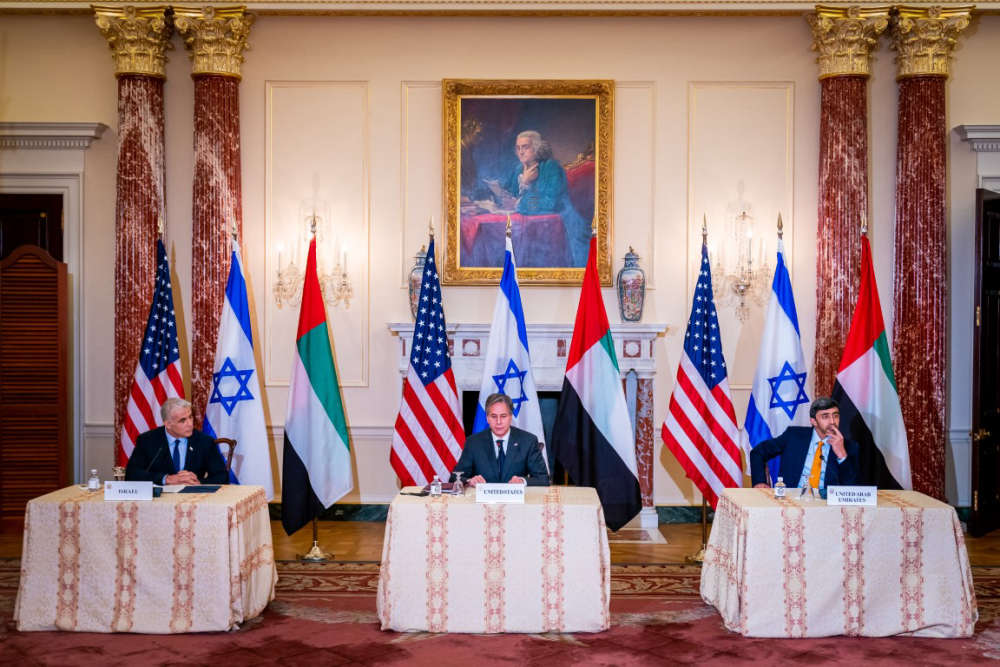 For his part, the US Secretary of State emphasised his country’s strong support for the Abraham Accords Peace Agreement between the UAE and Israel, noting the importance of working for delivering a bright future for the peoples of the Middle East region.

He underlined the importance of ensuring peaceful co-existence in the region, noting that diplomacy will remain the preferred option to end all conflicts.

The US diplomat lauded the UAE’s 2050 net-zero initiative and Israel’s endeavours to reduce carbon emissions by 25 per cent by 2050.

For his part, the Israeli Foreign Minister said his country is seeking to make the peace agreements signed recently a source of inspiration for other nations to follow suit, noting that the Israeli-UAE partnership is based on co-existence, economic prosperity and countering terrorism and extremism.

“There are leaders in the Middle East who believe that we can change the course of history together in order to achieve peace,” he said, noting that Israel is endeavouring to expand the scope of peace agreements in the region.

Sheikh Abdullah then held a bilateral meeting with the US Secretary of State. The two top diplomats discussed advancing the longstanding strategic partnership and expanding the prospects of cooperation between the two friendly countries in several fields. They also stressed the importance of working for finding lasting solutions that will achieve security and stability in the region.

He affirmed the depth of ties between the UAE and the US and their commitment to leveraging their joint strategic partnership, developing bilateral cooperation in all fields, and working together to solidify foundations of security, stability, and peace and realise prosperity for peoples in the region.

The UAE diplomat commended the outcome of the trilateral meeting, underscoring the significance of the Abraham Accords Peace Agreement for opening up a new chapter of cooperation between the states in the region and for delivering the aspirations of the peoples for development, stability and prosperity.