The Bernie Sanders meme has arrived in Dubai 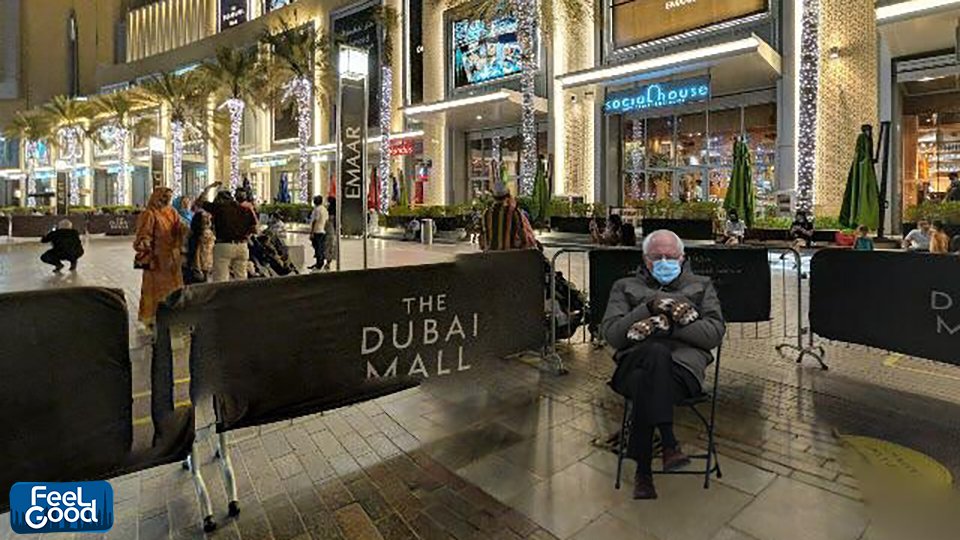 The trending meme of US Senator Bernie Sanders keeping warm during the inauguration of the new President and Vice President has arrived in Dubai with some users adding a local spin to it.

@SenSanders thank you for passing by the Dubai Marina today! Wasn’t that cold though #BernieSandersMittens pic.twitter.com/DYSusVe4NB

He also made an appearance at the UFC Fight Island in Abu Dhabi! Facing off against Conor McGregor.