Meet the woman running every street in Dubai 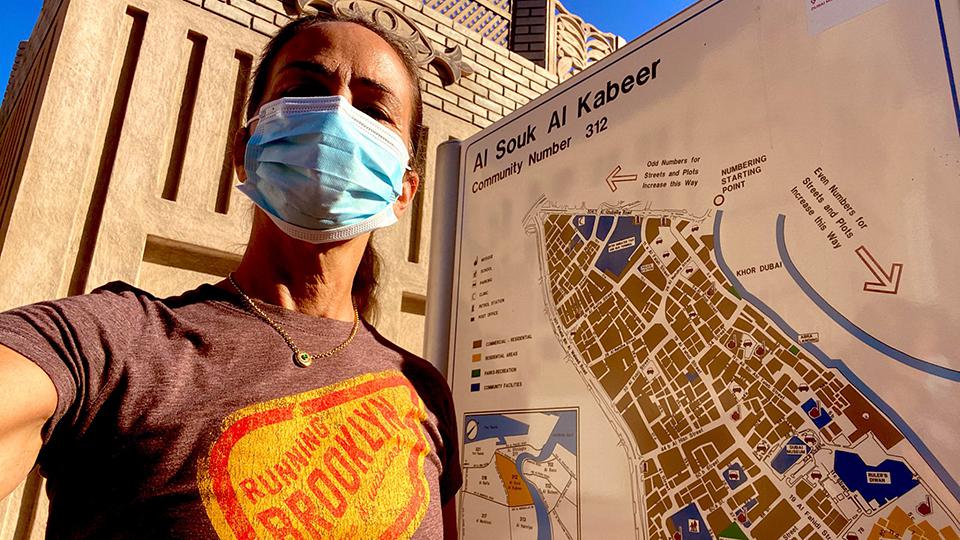 Have you ever stopped for a moment to think how many streets there are in Dubai? We’re not just talking about the city, we’re talking about the entire emirate. It is a tough question to ask especially with new streets and communities coming up.

That being said, a longtime Dubai resident and runner is on a quest to run through every single street in the emirate. Every. Single. Street.

‘I was inspired by a Ricky Gates, who pioneered the trend of #EverySingleStreet by running through every street in San Francisco,’ Yasmine Salaam, the 50-year-old mother doing the run in Dubai told ARN. ‘Today, there are over 2,000 runners who are doing the same quest in their own cities,’ she added.

Tread softly because u tread on my dreams #Yeats

My dream to collect as many of these street signs as possible, all the hoods of Dubai, #everysinglestreet ⁦@HamdanMohammed⁩ #dubaifitnesschallenge2020 pic.twitter.com/sGIHRPzxTv

Yasmine said that it took her one day to decide to accept the challenge. The first step she took for her run to every single street began on the first day of the 2018 Dubai Fitness Challenge. She ran through the stretch of Happiness Street. Two years on and she’s already ran 30% of the emirate’s streets; her journey taking her to different locales - from industrial areas, camel farms and borderlines.

For Yasmine, the process begins the night before. ‘The night before, I study my map to determine not only the location but also the distance I need to achieve. I pair this up with my running programme and weather conditions to choose an appropriate location.’ To reach distant streets, she either drives or takes public transport.

Having seen a lot of Dubai, there is some pleasure to be had in getting lost. ‘Some streets feel like a labyrinth and some feel very familiar, especially if they are places I grew up around,’ Yasmine said. During these morning runs, she also gets surprised reactions from early risers and gestures of encouragement from motorists. ‘People are often bewildered at someone running around town, but there are a lot of friendly people. I even get thumbs up from passing motorists,’ she recounts.

Still, the sun was hot. Still, one got over things. Still, life had a way of adding day to day. #VirginiaWoolf #MrsDalloway pic.twitter.com/I7iHmLV42F

But the big question is the why.

For Yasmine, it’s a number of reasons. There’s the love of running, the love for the emirate where she grew up, reliving old stomping grounds and neighbourhoods, and discovering new places. ‘I will keep running further, and in different parts of the emirate,’ she concluded.